FREE Shipping for Orders over $59

How to Rig a Live Shrimp

Shrimp are a popular form of bait because they can attract a large array of game due to their active movements. In order to properly use shrimp as bait, we must rig it, but it isn’t that simple for there are multiple ways in which to do this.

The first way in which to rig a shrimp is to place the hook into the carapace. The carapace, for those who do not know, is the center space between the two dark spots upon a shrimps head. This is important because should you miss place the hook and it were to jab either of the two spots, you would be damaging the pancreas or stomach, depending on which spot you hit. Thus, killing the shrimp all too soon and ruining your bait. The hook should be strung in crosswise just below the surface of the shell, in between the two spots for maxim result.

The second way to rig is to hoist the hook up under the chin of the shrimp, ease it in and pull it up and out of the front of the face. This technique is supposed to allow for further distance casting with fast paced line retrieval.

Going on to method three of rigging you will need to remove the tail fin of the shrimp in order to hook it. Once that has been done, you will maneuver the hook in and up the cut off section of the tail until the hook is secure within the body of the shrimp. This version is a preferable lure in areas of water that contains dense vegetation. It will make the process less painstaking as the bait will not collect as many weeds nor will it become stuck quiet as often as a normal bait would in grassier waters.

If you want to use live shrimp to do some drift fishing, you will need to poke the hook onto either side of the shrimp tail, thus, piercing the shell until it comes through to the other side. This will allow a visible hook end and for the shrimp to kick freely as bait.

The fifth and last way we will learn how to rig a shrimp today is by, just like in version three, cutting off the tail fin and placing the hook inside the body. The difference in this rig as opposed to example three is that we will not keep the hook covered by the body of the shrimp, but instead expose it on the outside by rotating the hook and poking it out the underbelly of the shrimp.

After learning these five ways of rigging a shrimp, all you pros and amateur fishermen alike may now get out there and have some fun on the water. Stay safe and happy fishing! 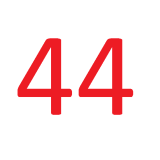 Do you have pictures of each method? I really liked your article on live bait rigging because it had pictures.

Comments will be approved before showing up.

What To Wear Fishing On Your Next Trip